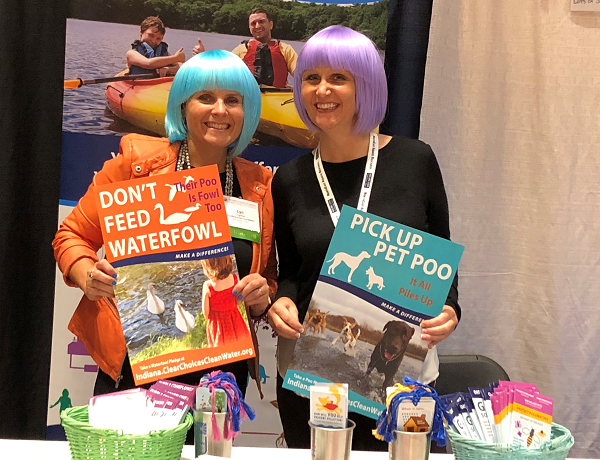 Clear Choices Clean Water is a program designed to increase awareness about the choices we make and the impacts they have on our streams, rivers, lakes, and reservoirs. After all, this is our drinking water, the water we play in, and a vital part of nature’s ecosystems. Water-friendly practices help to protect our precious water resources.  By educating individuals on these actions and giving them the tools needed to make behavior changes, Clear Choices Clean Water empowers everyone to do their part for water quality and conservation.

Our mission is to inspire widespread behavior change that reduces water pollution and protects water supplies.

Waterkeepers are the heart of our organization. Waterkeepers Chesapeake is a coalition of 17 Waterkeeper programs working to make the local waters of the Chesapeake and Coastal Bays swimmable, fishable and drinkable. We amplify voices of each Waterkeeper and mobilize these organizations to fight pollution and champion clean water. The scope of our work centers on the rivers, streams, creeks and bays of the Chesapeake and Coastal Bays Watersheds that are protected by our 17 Waterkeepers. This includes a 64,000 mile watershed and a population of more than 18 million people throughout the states of Virginia, Maryland, West Virginia, Pennsylvania and the District of Columbia.

Clear Choices Clean Water Chesapeake Bay is an affiliate campaign of the national Clear Choices Clean Water campaign. The campaign started in Indiana in 2010. The Tippecanoe Watershed Foundation, the White River Alliance, and the Indiana University-Purdue University at Indianapolis Center for Earth and Environmental Science teamed up to implement this unique strategy to increase awareness and knowledge about residential yard choices and their impacts on water quality in our watersheds. Although the focus began in Indiana, it is spreading across the country and the pledge choices are continuing to grow.

How Does It Work?

The choices we make everyday can impact the health of our local waterways. Some of the most difficult pollution to control is the polluted runoff from our roads, parking lots, yards and farms. Whenever it rains, trash, oil, dirt, fertilizer, and loads of other pollutants run into our local rivers and streams – and ultimately the Chesapeake Bay. What you do matters. This is one reason behind Waterkeepers Chesapeake’s Clear Choices Clean Water Campaign designed to increase awareness about choices we make and the impact they have on our rivers and streams. Individuals, adults and kids, are encouraged to pledge to either start, or continue, good behaviors that make a difference for water quality and for water conservation. Our interactive map will show how much pollution is reduced by your action and will show the collective impact of thousands of pledges across our region.

The focal point of the program is this unique, interactive website that is supported by complementary outreach resources and built-in viral marketing elements. The best way to understand our effort is to TAKE A PLEDGE – try any of the action pledge options from the ‘Take A Pledge’ menu. You will see how taking a pledge provides you immediate personalized data about the positive impacts your specific action has made for our waters. Pledges are also ‘put on the map’ via a push pin marker that helps the pledge taker visualize how their pledge of action, alongside thousands of others, will impact water quality in their watershed. These two outcomes help people comprehend how they made a difference, allowing them to feel part of something bigger, something socially relevant, something transformative. 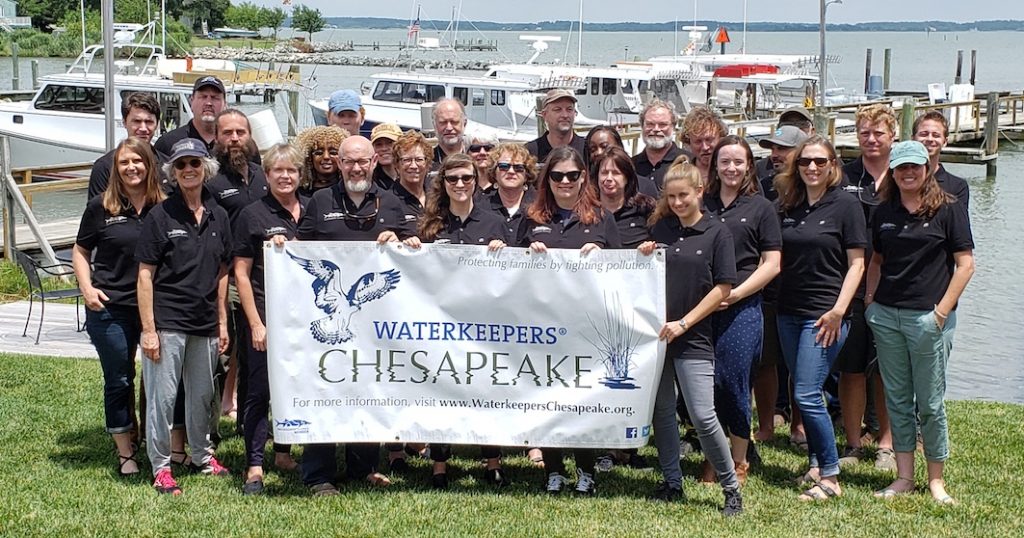 WATERKEEPERS® Chesapeake is a member of WATERKEEPER® Alliance, an alliance of more than 300 Waterkeeper organizations around the world and focusing citizen action on issues that affect our waterways, from pollution to climate change. These Waterkeeper organizations are on the frontlines of the global water crisis patrolling and protecting more than 1.5 million square miles of waterways on six continents.

The Waterkeeper movement’s mission is for swimmable, drinkable, fishable waterways worldwide. Our belief is that the best way to achieve this vision is through the Waterkeeper method of grassroots advocacy. Waterkeeper Alliance is the voice for the world’s waters, from the Great Lakes to the Ganges.

The first multi-state agreement to clean up the Chesapeake Bay dates back to 1983. But by 2008, after three more agreements, the region was still decades away from the goal of restoring the Chesapeake Bay. Recognizing that the Chesapeake Bay was a national gem that needed federal support, President Obama signed an executive order in 2009 directing agencies like the Environmental Protection Agency (EPA) to help the Bay states restore clean water. That same year, the Chesapeake Executive Council set short-term restoration goals—called two-year milestones—to hasten restoration and increase accountability.

In 2010, the EPA established the landmark Chesapeake Bay Total Maximum Daily Load (TMDL). The Chesapeake Bay TMDL set limits on the amount of nutrients (phosphorous and nitrogen) and sediment that can enter the Bay and its tidal rivers to meet water quality goals. These limits are often referred to as a “pollution diet” or a “pollution budget.”

To restore the Bay, we need to reduce 25% of the nitrogen loads, 24% of the phosphorus and 20% of the sediment. While the Bay TMDL sets the target, it’s still up to the states to decide how to get there. Each state writes a series of Watershed Implementation Plans, with the tools and best management practices that will reduce its pollution load to meet the Bay TMDL pollution reductions by 2025. Federal, state and local governments coordinate through the Chesapeake Bay Program partnership to develop the WIPs.

STILL MUCH WORK TO BE DONE TO MEET TARGETS

The dead zone in the Chesapeake Bay is most pronounced in the deep waters of the Bay’s main stem during warm summer months. The average size of the dead zone is approximately 1.89 cubic miles, or nearly the volume of 3.2 million Olympic-size swimming pools. Between 1985 and 2010, the duration of the dead zone fell from five months to four, suggesting efforts to manage nutrient pollution through upgrades to wastewater treatment plants, cuts to vehicle and power plant emissions, and reductions in runoff from farmland are working. While rainfall and weather patterns affect the development of the dead zone, nutrient pollution is the foremost factor in its growth. In addition to dead zones, excess nutrients in the water and the resulting algae blooms can result in the production of algal toxins and strange tastes and smells in drinking water.

YOU CAN HELP RESTORE THE BAY – AND YOUR LOCAL RIVERS & STREAMS

The choices we make everyday can impact the health of our local waterways. Some of the most difficult pollution to control is the polluted runoff from our roads, parking lots, yards and farms. Whenever it rains, trash, oil, dirt, fertilizer, and loads of other pollutants run into our local rivers and streams – and ultimately the Chesapeake Bay. What you do matters. This is one reason behind Waterkeepers Chesapeake’s Clear Choices Clean Water Campaign designed to increase awareness about choices we make and the impact they have on our rivers and streams.